Across A Deadly Field: A Legacy to John Hill > Blog > About John Hill > New ADF Book is Released Tomorrow! 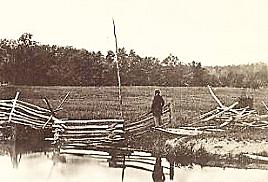 Tomorrow is the day!  John Hill, fallen highly respected and deeply missed comrade, has his third book of the ADF series coming out tomorrow, May 19th.  His latest release Across A Deadly Field: The War in the West is being released.  It is the new supplement which brings to the tabletop the harsh challenges of the Western Theater of the American Civil War.

Barnes & Noble has the least expensive price for the ADF books, including his newest release. Barnes & Noble describes John Hill as:

Barnes & Noble is selling Across A Deadly Field: The War in the West for $26.21 which is the least expensive. You would save 25% off the full retail price which is what Osprey Games & Publishing is selling it for at $34.95.

You may visit the ADF Store to compare the prices yourself so you can save money.