Across A Deadly Field: A Legacy to John Hill > Blog > About John Hill > Historicon 2016 Follow Up 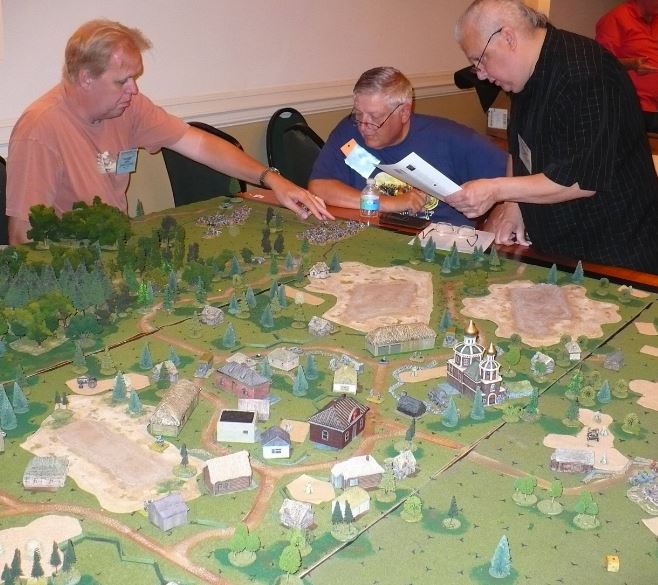 Historicon 2016 was a huge success. Patrick LeBeau, longtime friend of John Hill, did a series of two hour short games and a big game on Saturday. They were all Squad Leader, translated to miniatures. They were a big hit with more than 30 players over the course of the weekend.

P.J. O’Neill did 2nd Kernstown from the Ryan and Towers scenario books.  So many gamers came by to play that P.J. squeezed 11 players into an eight player game.  According to P.J., it was crowded and hectic with 10 brigades going to the same spot on the board. They played seven turns in three and a half hours and there was a clear winner. Everyone had an awesome time despite the close quarters. 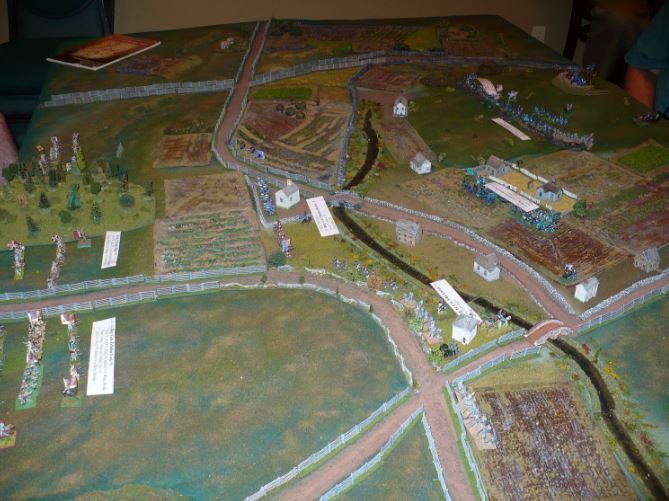 Thank you to P.J. O’Neill for the above photo as well as featured image

Many thanks to everyone for your continued support and shared memories of John Hill. If you attended the Historicon 2016 and if attended any of the John Hill Memorial Games, please feel free to leave a comment below.