Wargames are Not Just Entertaining, They’re Educational Too

Across A Deadly Field: A Legacy to John Hill > Blog > Squad Leader > Wargames are Not Just Entertaining, They’re Educational Too 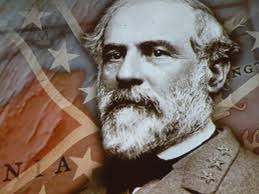 Having a strong background in teaching and education, I wanted to blog about how playing wargames can teach kids about history in a fun environment. For many years computer wargaming has been used to teach and train military officers on the technique of command-level decision making. Many of the great battles fought have been won or lost as a result of a key decision made by the military leaders in charge.

My father had a career as a Government Military Analyst and one of the many areas he focused on was studying and analyzing those key decisions which were turning points in the outcome of war. He analyzed the cause and effect of those decisions as well as the multitude of rippling effects. His career directly related to his passion and interest in wargaming. Wargaming is a method dating back many years used in rehearsing a battle before and after it is fought. For many decades it has been utilized by the military in nearly every country. The Japanese used wargaming to strategically plan their attack on the United States at Pearl Harbor on December 7, 1941.

Thus, wargaming can be a great tool to teach students about history. Within wargaming, students can role play a scenario and pretend they are, for instance, Robert E. Lee in the Battle of Gettysburg. This will entice their interest in learning more about history. The Squad Leader page has a number of computer wargames kids (and grown-ups) can play which offers the the ability to recreate the historical environment to the exact level of detail and realism needed for every pupil to comprehend and appreciate the decisions made in battle by the military leaders who fought them.

As people, we are visual by nature. People, young and old, typically learn better with visualization and simulated scenarios. Students can read textbooks about history and they might remember some of what they read, but if they are given a simulated computer game which shows them exactly what happened with all the details laid out, they will learn much quicker and gain a deeper appreciation and excitement for the subject of military and American history.